Mind the axes, sometimes I used a logarithmic scale! 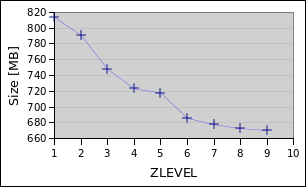 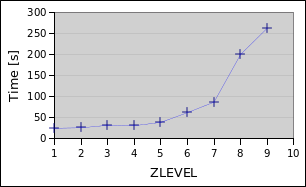 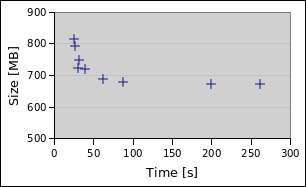 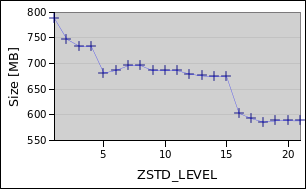 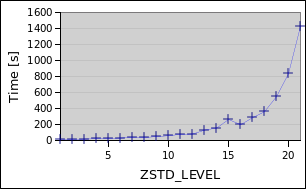 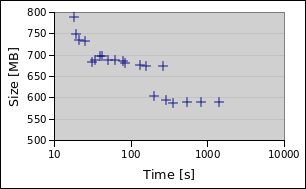 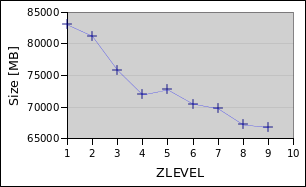 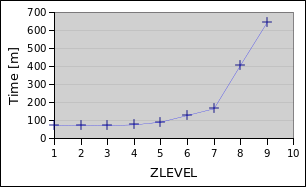 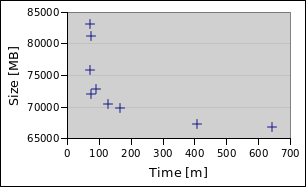 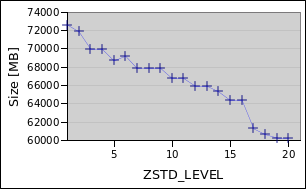 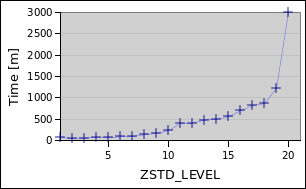 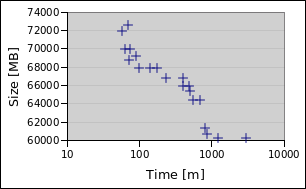 It has been some weeks since I really looked at the numbers, so I am making the following up spontaneously. Please correct me!
Those numbers in the findings below should be percentages (between the algorithms, to their default values, etc), but my curiosity was satisfied. At the bottom is the data, maybe you can take it to present a nicer evaluation? ;)

ZSTD is powerful and weird. Sometimes subsequent levels might lead to the same result, sometimes a higher level will be fast or bigger. On low levels it is just as fast as DEFLATE or faster with similar or smaller sizes.

A <700 Megabyte version of the small file was accomplished within a minute with DEFLATE (6) or half a minute with ZSTD (5). With ZSTD (17) it got down to <600 Megabyte in ~5 Minutes, while DEFLATE never got anywhere near that.
Similarly for the big file, ZSTD (17) takes it down to 60 Gigabytes but it took almost 14 hours. DEFLATE capped at 65 Gigabytes. The sweet spot for ZSTD was at 10 with 4 hours for 65 Gigabytes (DEFLATE took 11 hours for that).

In the end, it is hard to say what default level ZSTD should take. For the small file level 5 was amazing, being even smaller than and almost twice as fast as the default (9). But for the big file the gains are much more gradual, here level 3 or level 10 stand out. I/O might be to blame?

Yes, the machine was not stressed and I did reproduce those weird ones.

2 thoughts on “zstandard compression in GeoTIFF”

This site uses Akismet to reduce spam. Learn how your comment data is processed.